Two Dragons and a Cheetah – Wind Me Up

Maryjo Mattea plays with a lot of musicians in DC, including Loi Loi, Color Palette, Endless Winter and her own eponymous band. But she hangs on tight to the undying love of her original DC bandmate Joel Wu in the unforgettably-named Two Dragons and a Cheetah. We noted in Mattea’s recent email newsletter her plea for Wu to finish filming his half of the music video for “Wind Me Up”, title track from their late 2018 EP, and decided to echo and amplify it on a recent episode of our podcast, because the world needs more awesome DC music videos. Apparently that was the push the expat drummer, now based in Rochester MN, needed to set up the camera and bang out the rhythms for Mattea’s singalong anthem of tricky romance. Hi fives all around!

Tagged Two Dragons and a Cheetah
Leave a comment
video

Two Dragons and a Cheetah – Five by Five

Grungey garage rock band Two Dragons and a Cheetah are not afraid to wear their hearts on their sleeves. We last heard from the animalistic duo late last year with the political and emotional protest song “November 8, 2016”. Singer/guitarist Maryjo Mattea joined us on our podcast to tell the story of meeting drummer Joel Wu at a work function, and how an enthusiastic bar patron accidentally gave them their name at their first show. Really, go listen now if you missed the show. These personal histories bring us closer to the musicians, and they’re a big reason why we love DC music so much.

“Five by Five”, their new single premiering here today, tells the story of what happened when Wu decided to quit his day job and travel the world for a year. We may dream of doing that when traffic is inexplicably standing still and meetings never seem to end, but Joel actually pulled the trigger and peaced out from DC life. That would have ended most musical partnerships, but this one proved stronger than distance. The video, “a glorified slide show assembled by Maryjo Mattea in iMovie” shows some of those good stories Wu experienced in many many locations.

Wu now lives in Minnesota, but every so often he brings the Two Dragons back to town to rock out with the Cheetah. We strongly suggest you not miss their next show Friday April 6th at the Red Panda House with allthebestkids. 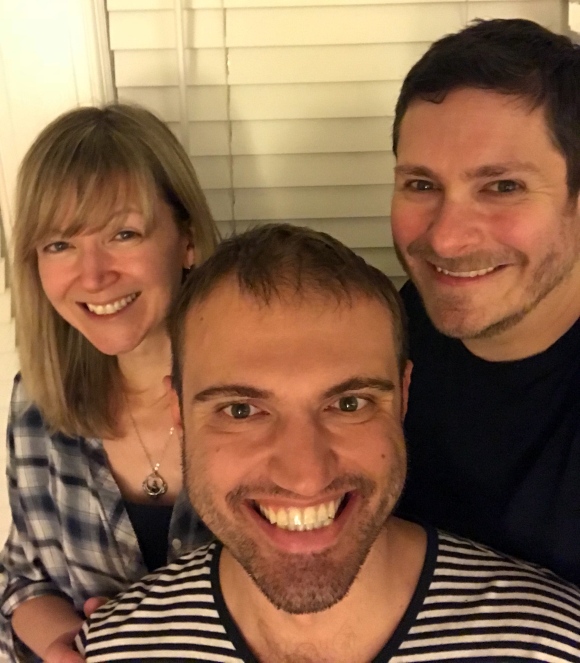 This week special guest Maryjo Mattea drops by to tell us about her new politically-charge single and spin some of her fave DC tracks.

Like most of this town, singer Maryjo Mattea was disturbed and horrified by the outcome of last year’s presidential election. Her creative response was this cathartic call to action song, recorded with drummer Joel Wu in their musical partnership Two Dragons and a Cheetah. The music video, directed by Stephanie Sapienza, features a number of DC musicians you might recognize, including Amber Walson of The Lucky So & Sos, rapper Ardamus and Mattea’s Color Palette bandmate Joshua Hunter.

Though the last year has been frustrating and divisive, yesterday we saw the tides changing as Virginia voters showed up in droves and rejected the conservative narrative of nativism and demagoguery. Today this protest song feels like the rallying cry we need to celebrate a win and remember what’s at stake in this unprecedented time in American history.

Tagged Two Dragons and a Cheetah
Leave a comment
Podcasts

Guitarist/vocalist Maryjo Mattea and drummer Joel Wu keep the formula simple in their garage rock duo Two Dragons and a Cheetah. But simple can still rock plenty hard. Their debut music video “Lessons” shows them walking and performing around Chinatown, and I particularly love the incongruity between Wu’s hard hitting drums and the adorably tiny kit strapped to his chest. Pick up their new EP Something, Something​.​.​. Poetry and Light for a few bucks on Bandcamp and clear your schedule Friday night to descend to the basement of DIT house Bathtub Republic to see the these beasts play with our faves Clones of Clones.

Tagged Two Dragons and a Cheetah