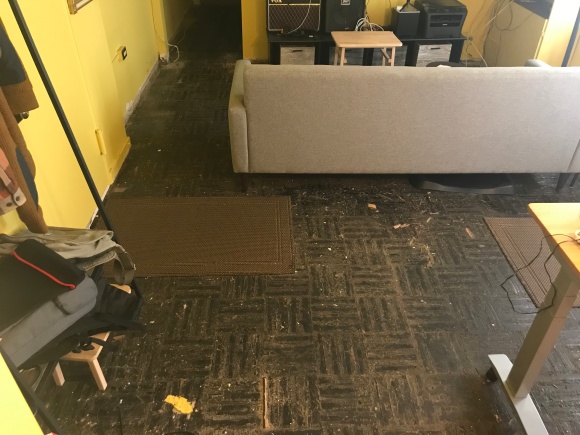 Paul livestreams more mashup DJing, while Tony has the floor pulled out from under him.

Tracklisting:
The Frontier – It’s You [single]
Golden Browne – Get Down [single]
Babbling April – Narcissism [Days of Retreat]
The Southern Ocean – Friday Night [single]
Continuals – Privacy [Three Songs from Exile]
Stripmall Ballads – What Will We Do When We Have No Money? [single] 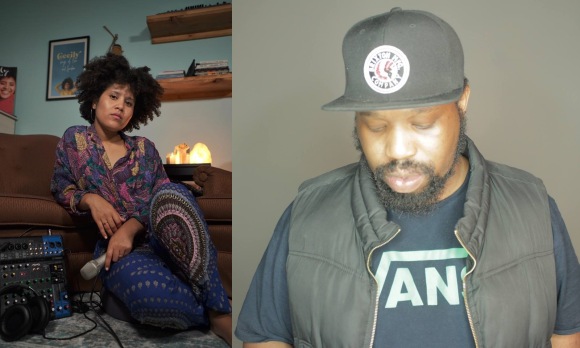 We turned this week’s show over to rapper Ardamus and soulful songwriter Cecily to pick the songs and reflect on life.

We originally shared this over the weekend, but didn’t want the Monday crowd to miss out. Des Demonas singer Jacky released the unofficial music video for the anthemic protest single “The South Will Never Rise Again”, from their 2017 debut self-titled album, with this note:

This “unofficial” video for “The South Will Never Rise Again” is based on footage from what was going to be the video but has now recently been put together by our friend Jonathan Howard:
“For all my friends out protesting against injustice and the senseless killings of black people, be safe, take care of each other, fuck the police! posting this video without my bandmates permission. this is an old song off our first record, not posting it for cool points or to make any money from it. At a time when there’s counter protests by MAGA wankers and a president who may be trying to divide and conquer the nation just so he can have power here’s a song saying you can lynch us you can shoot us, you can harm us BUT we won’t take it in the chin. You are not going to win. FUCK YOU!
PS I Spoke to mum mums earlier today and she told me not to post this video until the protests are over, to avoid escalating and also as hope for reconciliation between the victims and the perpetrators…mothers eh?”