Arlington’s Galaxy Hut excels as a venue booking interesting and innovative music, especially in (or near) a neighborhood known for generic bar crawls and cover bands. Serving up a wide array of craft beers and quite fine grilled cheese and tots, you really owe it to yourself to cross the river and make an evening of exploring new sounds. Tonight Gordon Withers serves up improvisational cello music alongside Boston instrumental band Ghosts of Sailors at Sea, on whose new album he appears, and a new DC band called Numbers Station. Withers is most well known for his collaborations with Jawbox lead J. Robbins in the group Office of Future Plans, and his cello covers of Pink Floyd, The Joy Formidable and others are beautifully inspired. Our video today for Withers’ improvisational piece “Lost Thought” comes from Survive Vol. 1: The Holidays, a compilation and zine put out last December by Bad Friend Records.

Ethiopian-American rapper Ras Nebyu may have coined the ridiculous name Washington Slizzards for his crew, but his smooth, conscious lyrics and snappy production deserve your attention the most. Last year Nebyu traveled to West Africa’s Ivory Coast to open for Nigerian rapper Wizkid, and while there hooked up with DC expat Ibrahim Keita to shoot a video for “Iyah-Tate”, the single Keita produced. Stream Nebyu’s latest mixtape Slizzatrism at, of course, Slizzatrism.com.

Everyone knows that autumn is the best time to get the hell out of DC and hike up some mountains. Let experimental folk singer Marian McLaughlin be your travel guide on the new music video for her song “Grayson Highlands”, from her soon to be released album Accotink. The Grayson Highlands State Park is located in southeast Virginia, and contains a small portion of the famed Appalachian Trail. Marian and videographer Vianney Paul camped and hiked around this beautiful area and delivered this uncomplicated and peaceful video to accompany her wistful song about serenity in nature, with arrangements by Ethan Foote. McLaughlin and her trio depart on their first ever UK tour tomorrow, but she promises a DC area performance on November 22nd at the Moishe House in Columbia Heights with Audrey Harrer.

Eva Moolchan, known musically as Sneaks, distills post-punk to its raw essence and doesn’t allow it to overstay its welcome. Her debut album Gymnastics expanded in size as it bounced from Sister Polygon Records to France’s Danger Records and now recently re-released on indie powerhouse Merge Records, but it’s still less than 14 minutes long. While we await Sneaks’ new album on Merge in 2017, the label commissioned this music video for “Tough Luck” to hype the re-release. Animator Jamie Wolfe channeled the repetition in the song into some seriously trippy visuals, abstractly reminiscent of Saturday morning cartoons from the 70s.

Are you heading to the Hamilton tonight to catch Ian Hunter of Mott the Hoople fame? Then get to know your openers, the superbly-seasoned DC power-pop band Dot Dash. These musicians are vets of shoegaze and punk bands you’ve surely heard of, including Julie Ocean, Swervedriver, Glo-Worm and and Youth Brigade. This music video for “Flowers”, from their 2015 album Earthquakes & Tidal Waves, is charmingly lo-fi but subtly clever, so pay attention to the subliminal messages.

Flasher is evidence of the thriving, unstoppable energy in the DC punk and post-punk scene. Taylor Mulitz of Priests, Daniel Saperstein of Bless and Emma Baker of Big Hush are friends and roommates whose cross-pollination led to the 7 intense tracks on Flasher’s self-titled debut EP, self-released on Bandcamp and cassette earlier this year and now getting the 12″ vinyl release it richly deserves via Sister Polygon Records, the label absolutely blowing up the DC scene backing Cigarette, Gauche, Sneaks and of course Priests. Drew Hagelin of Cigarette and The El Mansouris directed “Destroy”, the debut music video from Flasher, setting the trio in outdoor urban landscapes that are both distinctly DC and unique in videos. The chorus of this pop song will linger in your head all weekend.

Tony bumps into a classic Dischord musician, while Paul reveals his Halloween plans.

It is a beautiful, unseasonably warm day today. Are you stuck in your office doing work while this beautiful day passes into history? Yeah, us too. Why don’t we go for a (weird, ominous) bike ride with Katie Alice Greer? The Priests frontwoman’s solo project KAG recently released a collection of experimental sounds called EP A, and also directed a few music videos to accompany it. “Diana Ross” is far from a disco song, but there is a pulsing beat and swirly vocals that echo 70s clubbing. The video feels more like a desperate escape from some unseen horror rather than a delightful ride through a summery day.

Old school hardcore fans are cheering the news today that the Rock & Roll Hall of Fame’s Class of 2017 nominees include DC legends Bad Brains. The band’s unique mix of hardcore punk and dub reggae influenced DC music immeasurably, and their iconic album cover art is still ubiquitous on clothing in DC. We love music videos here on the Hometown Sounds blog, and quality videos by this band are pretty hard to come by, but we did find one. “Rise” is the title track from their major label debut album from 1993 and features only half the band’s original lineup: Dr. Know and Daryl Jenifer brought on Mackie Jayson from Cro-Mags to play drums for Earl Hudson, and Israel Joseph I replaced HR on vocals. Be warned, the 90s are strong with both this song and video. 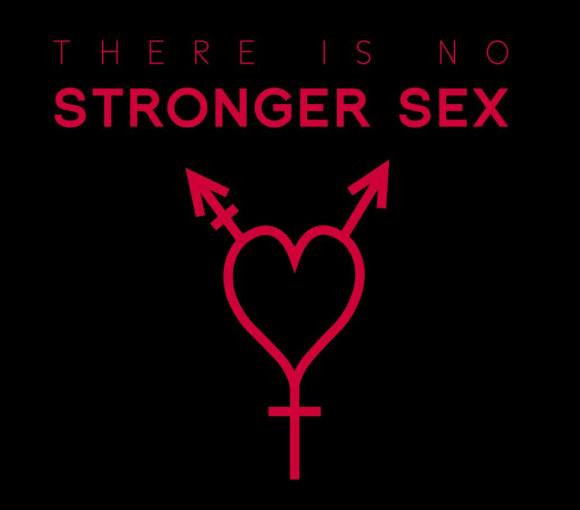 For our inaugural performance, Hometown Sounds is proud to present Blight Records artists Stronger Sex. Stronger Sex is an electroexotic experimental post-croon cabaret duo brought to you by DC’s Johnny Fantastic and Leah Gage. That may seem like a random stringing together of strange words, but it’s only because Stronger Sex is a wild stringing together of strange sounds. Born out of a love for the classics with an eye toward the electronic revolution, the band tries to make bedfellows of the most unlikely genres. At times, you feel lost in the foggy haze of an 80s night club only to be called back by the familiar croon of Frank Sinatra. With beautiful soundscapes and infectious beats, Stronger Sex often feels like a dream where anything is possible and the universe isn’t big enough to hold your imagination. “Making music this way is like rummaging through an old woman’s closet,” says Johnny, “So many colors, such a wide range of materials and textures, the trends of many decades past, all to be combined any way you wish. I guess it’s no surprise that a lot of our threads come from old women’s closets, too!” When this dynamic duo isn’t performing with Stronger Sex, they can be seen playing in other popular DC bands. Leah plays drums with BRNDA and The North Country; Johnny has toured extensively with Paperhaus and Pree, and currently plays in Dais and Loi Loi.

RSVP here and come to the free performance at 6 PM on Sunday October 23rd! 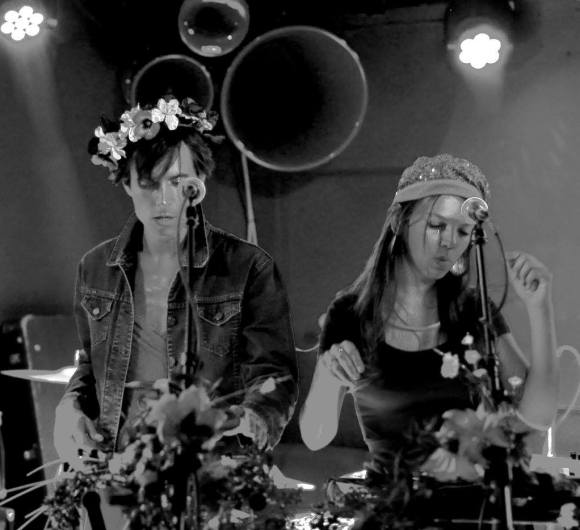