We’ve got DC music for you to check out every night this week. Why stay home? 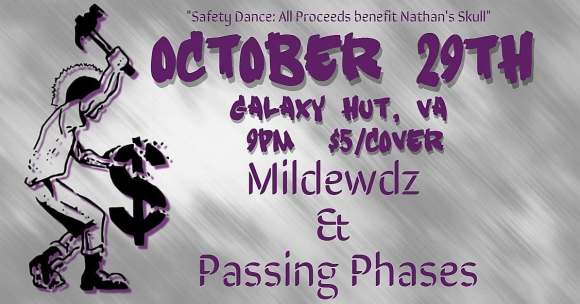 Tuesday 10/30:
This Tuesday night bill at the Black Cat Backstage is a total slam dunk. Sara Curtin and her eponymous band are vets of our Kennedy Center Millennium Stage series, and this will be their final show before Curtin welcomes her twins into the world. Lauren Calve has also played our Millennium Stage series as a core member of Run Come See and is a powerful solo artist in her own right. And we still adore Honey‘s unmissable tune “F*ckboys”.

Thursday 11/01:
Here’s what you do: text your friends and tell them you have a cool under the radar spot for happy hour on Thursday. Meet them at the Luce Center sandwiched between the Portrait Gallery and the Smithsonian American Art Museum at 6 PM, buy a round of drinks and enjoy the neo-soul sounds of Jenna Camille.

Hometown Sounds is determined to give you a dose of #DCmusic every single day. Slide into your costume and check out our live music picks for Halloween Observed weekend.

Sunday 10/28:
Greater District Sound Club, the fine DC music boosters behind the Audioteka showcases, are throwing down with bands all weekend at cocktail bar The Passenger. Sunday‘s lineup, billed accurately as Halloween Hangover, starts early at 4 PM and includes Promise Nothing, The Wingers, Hide Your Fires and Ménage À Garage.

Garage rock band Teen Mortgage make a lot of glorious noise with only guitar and drums. Tonight they’re getting loud at AdMo’s SongByrd opening for Bass Drums Of Death, so now’s the time to hear their newest single “S.W.A.S.” (Service With A Smile). The music video for it comes from a lost cartoon called Karma II at the end of a 1980 movie called Skateboard Madness, mercilessly cut from the DVD release of this cult movie. It’s got the unmistakable late 70s feel of animation in Sesame Street and The Electric Company, but with a crazy psychedelic not-for-kids vibe. Remember, all that was all drawn by hand!

“Please don’t write me sir.” Louisa Hall uses her ukulele and delightful charm to soften the blow of her cuttingly frank songs. Modern love and dating are frequent topics in her music, with no song in her repertoire as on the nose as “Internet Love Song”, from her newest EP Barista Boyfriend. Watch the fearless singer sweetly detail the horrors of online conversation in this new music video, and grab tickets now for her duet performance with troubadour Justin Trawick Wednesday evening at Dangerous Pies.

Here’s your Don’t Stay Home agenda to get out and see #DCmusic every night this week.

Monday 10/22:
The Electric Grandmother hosts a night of joy and oddity tonight at Slash Run, with support from Chapel Hill’s S.E. Ward and a solo set from crooner Seán Barna. EG describe themselves as “Into all kinds of ill shit. If you don’t know, you better ask somebody. They’re from Greenland, but you can’t tell. Mess up you up.” Also, enjoy this flier.

Wednesday 10/24:
Wednesday night is your chance to catch sets from two buzzy indie rock bands, Poppy Patica and Saturday Night, as they open for Brisbane Australia’s The Goon Sax at Songbyrd.


Thursday 10/25:
Funk band Albino Rhino play gigs around town pretty frequently, but new recorded music is a rare treat. This Thursday the quartet celebrates the release of their new EP of funkified jazz standards with a show at Georgetown’s Gypsy Sally’s, with support from a mysterious new band called Skaii. 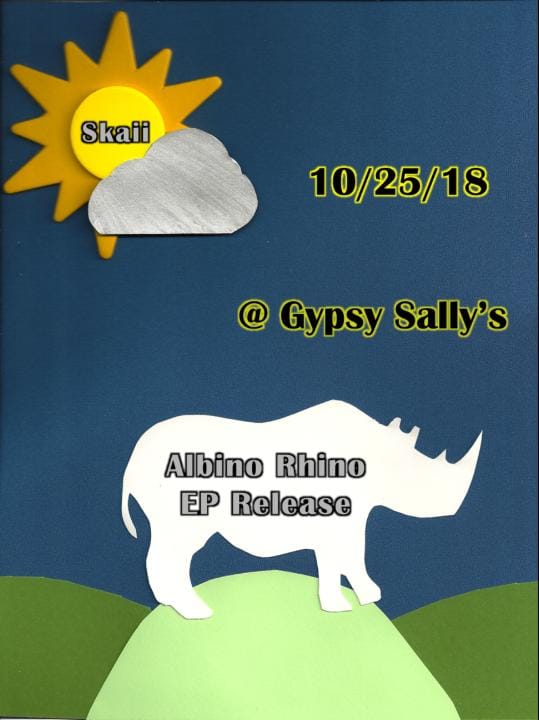 We’ve got synthpop at DC9 and two fantastic matinee shows for your #DCmusic weekend highlights.

Friday 10/19:
DC9 has a fantastic synthpop lineup tonight. Lavender, NUEX and The North Country are all bands we have featured on our fortnightly podcast, but stream the songs below for a refresher. Don’t stay at work too late, the music starts early at 7 PM!


Sunday 10/21:
Born in Lebanon, Huda Asfour is a cultural ambassador for Arabic music in DC. Her 2018 album Kouni كوني draws inspiration from Iraq, Tunisia, Palestine and more. On Sunday the Smithsonian’s Freer Gallery hosts two free performances by Asfour, at noon and 1 PM.

Bobby Thompson – On The Ground

The intent of this EP was to present the music in the most raw form, written on the acoustic guitar and acoustic lap, and kept simple from the start. The three songs kicking off the EP serve as previews of full-band versions expected on a new solo album in 2019. All three songs, ‘On The Ground’, ‘My Everything’, and ‘Hard to Come Back’, are presented here in the shape and form they were written in: acoustic and straight-from-the-heart.

After recording these songs, Thompson shot brand new videos of the songs for a series he’s calling “The Acoustic Barn Sessions”, and Hometown Sounds is honored to premiere the first video from it, “On The Ground”.

HTS: You work with a lot of different collaborators, what’s the motivation behind doing these tracks acoustic and solo?
Thompson: I’ve been wanting to release an acoustic-based album for some time now, and this is the start to that. There is something raw and beautiful about a song in its most pure form, and it’s my first real release as a singer-songwriter. Up until now, I’ve mostly released albums with songs written as a band, or with a full-band arrangement in mind.

Where is the barn at walnut grove and what brought you there to record those songs live?
Sandi Redman, a well-known local DC-area videographer and super-fan, suggested we film at this barn in Leesburg, Virginia, which is on private property. I wanted to share visuals of the songs, and this barn was a perfect setting on a Sunday afternoon. I hope people enjoy watching this video series, and I’m thankful to Hometown Sounds for premiering the first one.

Any upcoming shows to plug?
Yes. This Friday October 19 I’ll be playing solo acoustic at the Lake Anne Coffeehouse and Wine Bar in Reston, Virginia at 6pm. Next weekend, I’m on the road to New York City and Boston, with a live-to-vinyl session in Brooklyn for Leesta Vall Sound Recordings. You can visit my facebook page for more details on how to option a rare live version of songs from ‘The Acoustic Sessions’ on vinyl. I’ll also be playing Thursday, October 25 at Rockwood Music Hall Stage One at 6pm in Manhattan.

Tracklisting:
Innanet James – Better Without You [Keep It Clean]
NUEX – Eyes [AFFECTUS]
Anna Connolly – 21 [After Thoughts]
Frend – Liars and Hiders [Exercise Your Demons, Pt I]
Will Eastman – Everything At Once [single]
Gordon Withers – Youth Against Fascism [Youth Against Fascism: Benefit for RAINN]

Saturday Night is a new indie rock band featuring Luke Reddick of Bless and Cash Langdon of palette. Their debut self-titled album came out this summer courtesy Baltimore’s Gentle Reminder Records. Here’s a video directed by band member Jesse Sattler for “Destined to Fall”, a delightfully lo-fi get-to-know-you from this friendly quartet. Catch them next at Songbyrd on Wednesday October 24th playing with Poppy Patica and The Goon Sax.