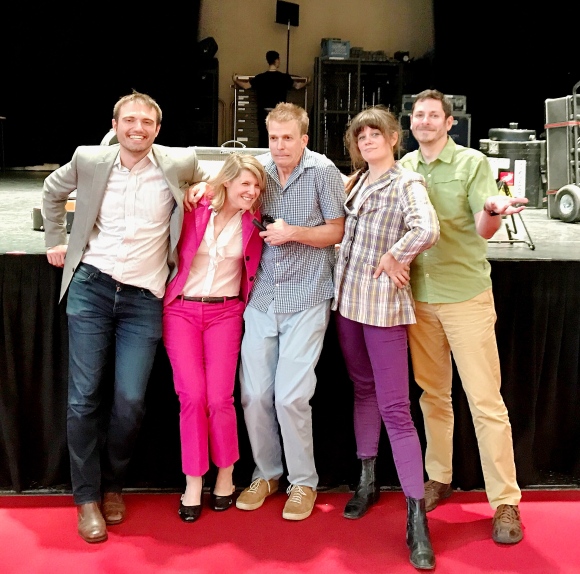 Paul protects his personal space at a recent show, while Tony fears rogue flying mic stands. Plus a recap of our last Millennium Stage show with Olivia Mancini & The Mates!

Near Northeast – Just Do Your Thing (Live)

Indie folk band Near Northeast have kept us waiting patiently for a new album after their auspicious 2015 debut Curios (still a pay-what-you-want download!). Yesterday the quartet of Avy Malik, Kelly Servick, Austin Blanton and Antonio Skarica announced they’ve signed to Etxe Records for their next pair of simultaneous album releases, True Mirror and Indali Variations 1​-​8, coming on May 5th. Etxe Records (pronounced et-CHAY) was formed in 2008 by members of the post-punk band Girl Loves Distortion and has released challenging acoustic music by Teething Veils, The Red Fetish and others. True Mirror is the more traditionally-shaped album coming to CD, while its companion Indali Variations 1-8 explores ambient variations on True Mirror‘s closing track, showing up on trendy cassette. Grab both physical releases at their dual album release show Friday May 5th at St. Stephen’s, and dig into this spirited performance of the new single “Just Do Your Thing” recorded live at House Studio earlier this year.

‘Tis the season for the annual Hometown Sounds spotlight into the best DC area submissions to NPR Music’s annual Tiny Desk Contest. Submissions closed last night, and we’ve found some great gems to share with you.

Indie folk band Near Northeast took great advantage of last year’s blizzard for their 2016 contest entry, playing “What To Say” in the middle of the snow. This year they seized on the climate of protest in our city to play a show at Capital Fringe on Inauguration Day with a community of artists, musicians, actors, and activists. Their new song “COL” derives its name from the lowest point of a ridge or saddle between two peaks, typically affording a pass from one side of a mountain range to another, and reflects on our current situation. Be on the lookout for their long awaited sophomore album coming out this spring. 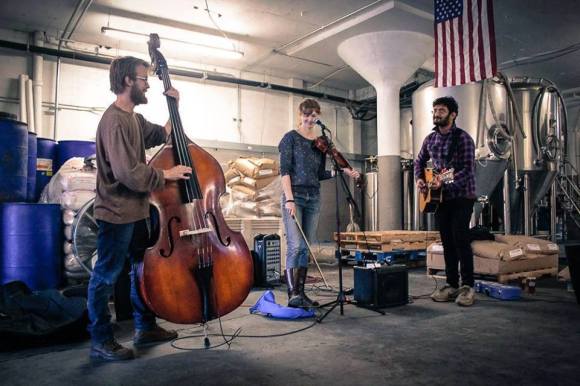 It’s impossible to understate the contribution to the DC music community provided by the Kennedy Center’s free Millennium Stage series. For nearly two decades now, these free post-work shows bring performers large and small, far and near to a diverse and attentive audience full of kids, senior citizens and other people you don’t usually see at DC music venues. Not only are all shows professionally live-streamed online to those that can’t make it, but their vast archive of performances is an untapped trove of amazing music.

DC indie folk band Near Northeast are so excited about their upcoming show that they’ve prepared a special collaboration. The band, comprised of Avy Malik, Kelly Servick and Austin Blanton, originally formed after accidentally meeting while backing an Indian classical singer & dancer at a performance at the Kennedy Center in 2013. At their Millennium Stage show on Friday August 26th, they revisit the fusion of East and West that brought them together with a collaborative performance featuring Soumya Chakraverty (sarod) and Debupriya Nayak (tabla), and a new composition called “Indali”.

The band shot this short video below during recent rehearsals for the show to give you a taste of the styles they explore. If you’re new to this band currently capturing a lot of buzz in DC, watch their excellent music video for “Under the Pines” and grab their 2015 debut album Curios for whatever price you like. RSVP for the Millennium Stage show & don’t miss it!

Near Northeast – Under the Pines

The divide is as stark as the Potomac river: the punk and angular indie rock goes on the DC side, and the folk and twangy alt-country goes on the VA side. Near Northeast is doing great work at bridging that gap, developing a passionate fan base for their earnest folk sound in the heart of the city. Kelly Servick, Avy Malik and Austin Blanton play a lot of well-received sets around town, including a high profile gig at the Luce Unplugged showcase at the Smithsonian American Art museum last fall, while they work on a follow up to last year’s pay-what-you-want debut Curios. Videographer Kip Radt and graphic artist Ashley Blanton collaborated on Near Northeast’s debut music video “Under the Pines”, presenting a puffy cloud’s journey through surreal landscapes and many recognizable DC landmarks. Tonight Near Northeast kicks off the buildup to the Kingman Island Bluegrass Festival later in April with a show at the Hamilton also featuring the Plate Scrapers and Walter Martin of The Walkmen.

Near Northeast – What To Say (NPR Tiny Desk Contest submission)

Snowzilla’s thick white blanket is quickly retreating to towering, near-unmeltable mounds blocking sidewalks and lesser-used lanes of traffic, and super-hip indie folk trio Near Northeast seized the opportunity during the storm’s aftermath to film their submission to NPR Music’s Tiny Desk Contest, which ends tomorrow. “What To Say” is currently unreleased but distinctly memorable from their recent live sets at Black Cat and Luce Unplugged. Avy, Kelly and Austin intend to record a sophomore album later this year, so in the meantime, pay what you want for last year’s excellent full length Curios and keep your eyes peeled for more live shows in March.

Paul clues Tony in to obscure vinyl terminology and they find out just how much the iPhone knows about the local music scene.