“If you hatin’ then you probably wasn’t fam anyway.” Flex Mathews has always seemed restless for creativity. Rappers often pop up on guest spots for hip-hop tracks, but Flex, true to his moniker, has lent his freestyling to Congo Sanchez, downtempo DJ Farid, funk & dub band See-I, trucker hatted troubador Justin Trawick and many more. DC often seems divided into cliques and scenes, but Flex transcends all boundaries. When we spot Flex in the crowd at a show, we know there’s a solid chance he’ll hop on stage and throw down rhymes without any rehearsal. His long-simmering debut artist album Hi I’m Flex Mathews just dropped, so now it’s time to watch the mission statement single “Never Change”, with classic hip-hop production and scratching from The Unown and an overflowing of hometown love from The Handsome Grandson. 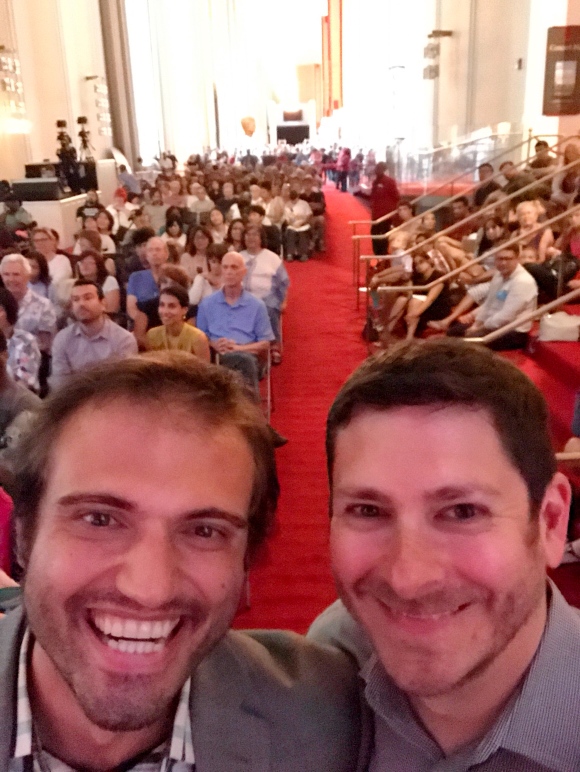 Tony and Paul are back in the game with a look at upcoming #DCmusic pre-orders with the theme Looking Forward!

Tony attempts to fit into the haute brunch scene, while Paul gets DC music suggestions from the hot new tech gizmo.

Happy New Year DC! I hope your new years resolution is to check out more great DC music. Hometown Sounds is as excited as always to show you all the great stuff being made right here.

It’s time to put an END to bullying and senseless gun violence, Flex Mathews, Stevie Marco and The Rasta Rock Opera﻿ have joined forces with Kid Power Inc.﻿, Jefferson Middle School, and Bancroft Elementary School of Washington D.C to create this important piece of art. On November 1st 2013, Jefferson Middle School was the site of a youth rally and music concert where hundreds of students signed the “Key is Love” banner” and also participated in the filming of a new youth empowerment music video. The release of the “No More” music and film anthem on New Year’s Day 2014 symbolizes the END of the hate and violence and the beginning of a new youth empowerment revolution that calls for resolving any and all conflict respectfully and peacefully.

Rasta Rock Opera’s full album Respect And Love Revolution drops on January 24th, but you can preview it now on SoundCloud.