Presenting The Chuck Brown Band at the Millennium Stage 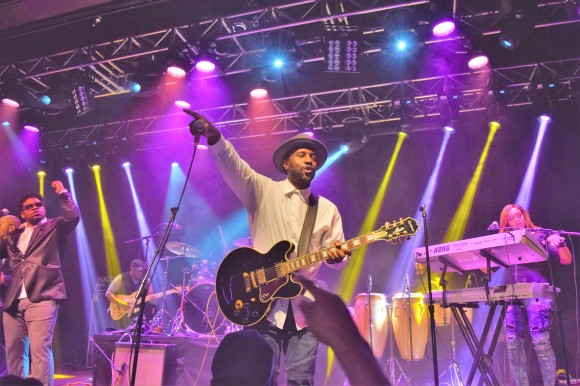 Hometown Sounds celebrates both the past and the future of #DCmusic with our April showcase at the Kennedy Center’s Millennium Stage with the classic go-go sounds of the Chuck Brown Band!

The Chuck Brown Band toured the world with the Godfather of Go Go for the most prolific period of his life, when he had 5 Billboard charting releases and a Grammy nomination over a ten year period. They continue to honor him by carrying the torch, keeping the beat alive and keeping the party going. Chuck Brown was always known for having only the best musicians from DC in his band. This often translated into having the best musicians, period. With the addition of Frank Sirius leading the band forward on guitar and vocals, the Chuck Brown Band is arguably the Crankin’est Band on the Planet. Chuck’s daughter KK has always been a part of the show, and Chuck’s son Wiley Brown has joined the band, keeping Chuck’s “Family Affair” vibe as much a part of the band as it is a part of the relationship between the band and the audience. Digging through the vault of Chuck Brown classics from Run Joe and Go-Go Swing to more recent hits like Chuck Baby and Beautiful Life as well as new material by the band interspersed with other Go-Go hits, the Chuck Brown Band combines the best of the Godfather and the best of Go-Go in an uplifting, show stopping performance. Infusing the Godfather’s mix of jazz, funk, and soul, along with audience call and response, his legacy continues. The Chuck Brown Band has been joined on stage by Ledisi, George Clinton, Dwele, Raheem DeVaughn, Lil Mo, Doug E Fresh, and others.

The Godfather may be gone, but his legacy continues as the Chuck Brown Band carries his funky groove forward without missing a B-E-A-T. Wind Us Up, Chuck!

RSVP here and come to the free performance at 6 PM on Thursday April 26th! 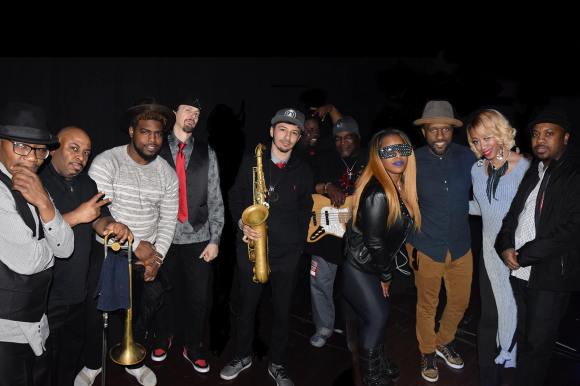