As the legendary Black Cat moves closer to consolidating their smaller Backstage space, expect a lot of quality #DCmusic show recommendations there. Here are our picks for an awesome weekend full of live music, and this time every single one has an awesome flyer.

Friday 11/30:
Post-punk trio Flasher, featuring members of Priests, Big Hush and Bless, had a breakout year with the release of their debut full length album Constant Image on Domino Recording Company, but they’ve generally opted for touring far & wide over playing DC stages. Tonight‘s show at the Black Cat Mainstage with openers Public Practice from NYC and China’s Gong Gong Gong is your best chance to show them some hometown love. 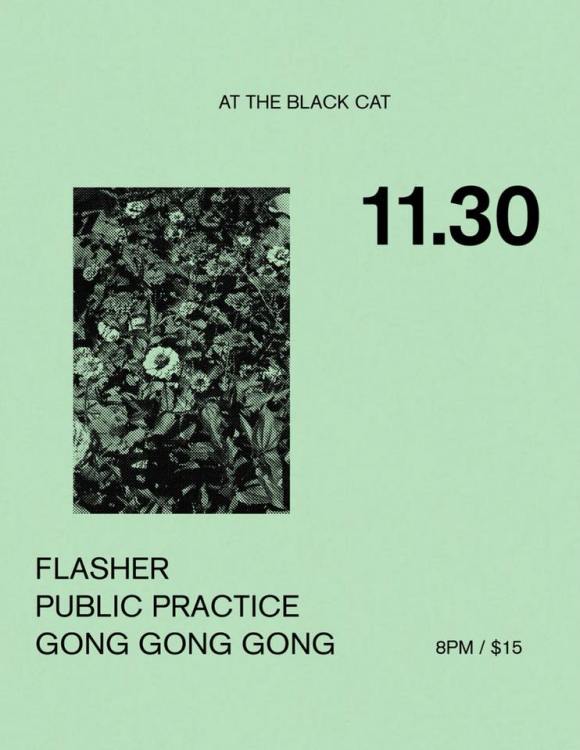 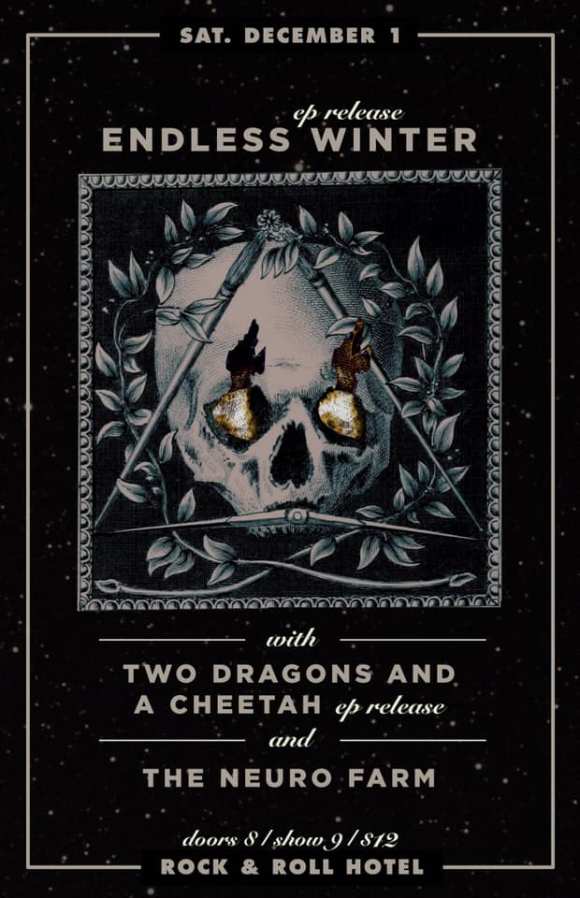 If you’re feeling more boogie, less rawk, celebrate DC’s top DJ Will Eastman’s birthday at the Black Cat Backstage. With a lineup including Stereo Faith, Ozker, Nick Garcia and more, and drinks by Chad America, you can dance until your legs give out. 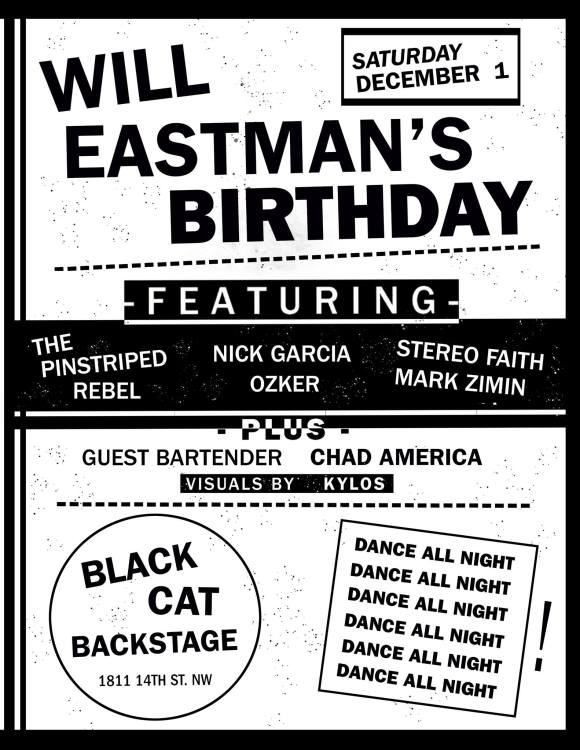 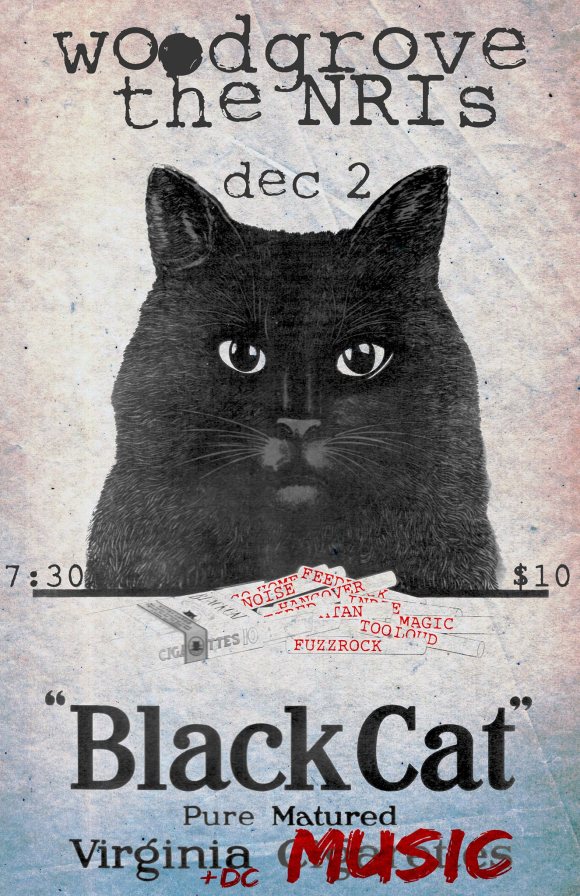