Live Picks! with Tony Porreco: Alex Vans & The Hide Away @ The Dunes 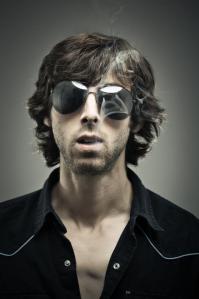 Who: Alex Vans & The Hide Away

Song You Must Hear Today: “Wait”

I first learned of Alex Vans and his band The Hide Away from a Facebook ad they purchased to promote one of their shows.  So hey, maybe those kinda work?  Anyway, I’ve spent a ton of time the last few days with DJ Booth, the full length Vans released in January, and there’s really a lot to love.

Let me unpack that a bit: According to Vans, one of the themes running through the album involves the routinely erratic nature of taste and pop culture.  On album opener “Good Enough”, Vans admits that this capriciousness is equally true of not only his audience but also himself when he divulges, “I wish I had a passion / I want to have beliefs / My obsessions that just change from week to week”.  This fickleness benefits both parties, as DJ Booth is full of enjoyable twists and turns.

“Good Enough” has all the strut and swagger of a good Spoon number, in addition to being dotted with scuzzy synths and bleep-bloops that lend the song a fun, futuristic sheen.  “Faith” begins with atmospheric solo electric guitar section before the mid-tempo track builds to include some very pretty piano, curious chord changes, and enormous percussion sounds.

Then there’s the single, “Chase the Night”, which is Vans’ stab at party time dance rock.  We actually featured the track a couple months ago when the group made the smart decision to release a music video to go along with the track.  To be honest, I’m really happy that we already covered “Chase the Night” as a news item so I can say a bit about what’s actually my favorite tune on the album, “Wait”.  An ode to the inner monologue of talking yourself out of approaching a pretty lady, the number is delightful alt country pop built on an ear wormy riff that’s pinged out first via cute glockenspiel, and then sung full voice by the gang.

Alex Vans & The Hide Away take the stage this Friday with Andrew Leahey & the Homestead (Richmond country) at The Dunes, which is located in the northern end of Columbia Heights.  If you haven’t been before, catching a show at The Dunes is another reason to make it out: Part art gallery, part performance space, its blonde hardwood floors and warm lighting provide an uncommonly sophisticated show-going experience.  Alex and Co. have been touring in support of DJ Booth extensively since the winter, so expect a seasoned band to deliver you a great set as they make a stop in their hometown.  I’ll be flying home from Portland this Friday, and I’m royally ticked I can’t be there.  So head out, get your groove on.  I’m not jealous at all.*

*Actually, I’m really jealous.  If someone will live stream the show, I’ll shell out for the in flight WiFi.  I’m not even kidding.